A Smart City and the Smart Buildings are not a marketing campaign, a clever advertising tactic, or an amusing term for political pick. It is a set of approaches to a dire and urgent crisis facing the world today. Smart Cities are emerging as a collective activity due to a “perfect storm” of business conditions convergence, Smart Foundation Systems technological innovation, social needs, policy needs, and migration to urban environments that has intensified on a global scale that dwarfs any previous mass movement of people in history.

A striking example of this is seen in a 2009 study by McKinsey & Co. estimating that by 2025 350 million people in China will migrate to cities across China. The numbers of Chinese migrants to cities inside China are proving this prediction right in the three years since that report was published. Through preparing, planning and introducing large-scale development initiatives designed to convert from traditional urban environments to smart cities with smart buildings, existing Chinese cities are now overpopulated and struggling to sustain public services. Not because they want to, but because they must.

There are many concepts emerging for a Smart City. The versatility of this concept helps cities to identify their services, policies and procedures according to their own set of local goals and needs. Concept structures for Smart City are developed and sold by academics, businesses, local organizations and the media, as well as using innovations such as smart buildings. Through this cacophony of structures, a platform has developed that helps to identify areas of interest, intervention and initiatives for Smart City. Many systems use SMART as an acronym for Specific, Measurable, Attainable, Relevant and Time-based goals. These same structures provide a description of 10 elements of the Smart City: • Power• Water• Waste • Environment • Public Safety• Education• Healthcare• Green Buildings • Transit • Community Services The interesting thing regarding Smart City projects is the closely integrated way in which seemingly disparate elements function together. When cities begin their transformation journey through Smart Cities, it helps consider how to tackle the social, economic, engineering, and environmental challenges that cities will need. And that way will be based on Information.

It helps to relate to our communities as species as we recognise the complexities of living in a highly connected, digital age world. If the city is an entity then through the creation of structures we have seen the transition from the Agrarian Society to the Digital Age. Every city has its own cardiovascular system (traffic, mass transit), skeleton system (infrastructure), respiratory and digestive systems (energy, waste), and even a primitive nervous system (telecommunications). In order for a city to provide behind – the-knowledge access to its intelligence and become a smart city, it is necessary to develop the intelligence network that links the central nervous system to a brain— join smart buildings.

Many men, motivated by the higher drug prices in overseas pharmacies, buy medications from online pharmacies in Canada or Mexico only later to discover that they were duped by generic medicines. Most others stick to generic drugs as a viable solution and end up with impotent or overwhelmed medicines. Generics can not always be reliable and there are no generic equivalents to the brand-name medications for some chronic illnesses.Have a look at Baton Rouge pharmacy benefit management consulting to get more info on this.

If you’re caught in this somber situation, don’t worry. Contact the Pharmacy Benefit Management Department for your business, they’d be able to get you medications at reduced costs. 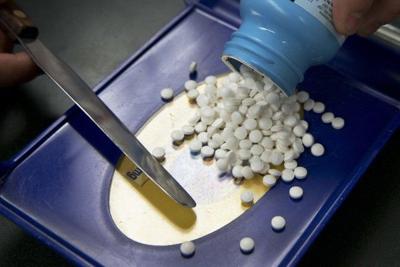 How precisely is PBM?

Pharmacy benefit management services (PBM services) help people who are on prescribed drugs or who want to save money for their daily drug costs by providing prescribed drug benefits. We mediate with drug companies and raising the drug costs of their health plans for individuals who are entitled to medication coverage.

What’s provided by a PBM company?

A PBM service provider lets customers of the program gain access to a wide range of medications and other medical products at minimal cost.

How does a PBM company work?

A PBM services company is working with pharmaceutical suppliers or large drug stores to make drugs affordable to clients at minimal cost. The formularies was developed primarily by a PBM management department, which is a compilation of prescription drugs that fall under a particular drug benefit plan. Such methods are focused on specific estimates of medical health and cost-effectiveness. Some sources include all kinds of drugs-from pharmaceutical to counter-drug styles to generics to brand-name products.

Many PBM systems follow cost-containment steps such as requiring the required authorisation or doctor’s identification before a medication prescription can be carried out. Globally, several PBM providers are partnering with pharmaceutical companies to keep prescription costs as low as possible. Prescription Benefit Management companies often partner with clinicians to optimize prescription benefit plans for their patients and to enhance their clinical outcomes.

PBMs are also taking a proactive strategy, exploring treatment options with doctors and customers with people who buy a number of medications and offering Pay-for-Performance (P4P) opportunities around the Drug value.